As of this month I’ve been learning Python for a whopping 2 months. That should make me a professional senior level Developer right? Well not according to Pybites code challenges. Pybites is a platform that provide code challenges in increasing difficulty. They are divided up by “Intro”, “Beginner”, “Intermediate” and “Advanced”. I decided to start at the beginning and bang off the “Intro” bites. There are 10 of them and it should be no problem at all. Well, at about bite 3 I realised there were a lot of gaps in my knowledge of Python. I had just come out of a Python bootcamp and felt relatively confident that I could at least accomplish the intro bites without any problems. I finally made it to the and of the 10 bites with a lot of banging my head on the desk, shaking my fists at the screen and googling. A LOT of googling.

I should feel accomplished, I suppose, that I made it past the first 10. But did I? My nagging thoughts were, “These are beginner, no not even beginner, ‘into’ bites’. It was about 11pm last night when I wrote my coaches and expressed how unqualified I felt. I was struggling with Impostor syndrome to the highest! I went to bed feeling defeated and exhausted. When I woke up this morning I had a response from them, “You will notice wins and struggles, it’s not linear…I still get pretty badly stuck on something every week!”. This coming from a developer with skills I immensely respect and aspire to. We’ve heard of impostor syndrome, we are told to expect it, but when you’re in the midst of the frustration it can feel discouraging and you can feel isolated as the only one struggling. It’s easy to come down on yourself. For me, I was telling myself, you should know this. These are ‘”intro” bites and you can’t even do these. You won’t get into a developer position for years at this rate!”.

But when I woke this morning, after reading that it’s not linear, that there will be highs and lows and even people I highly admire struggle at times (albeit at extremely more complex things than I did..) I decided to make a plan. When I feel like something I’m trying to accomplish has got me beat and I don’t know where to even start and before I get myself into the spiral of “I can’t do this, I don’t know anything, what am I even doing…?!?!?!”, I will write it down. I started a document called “These are your gaps…so study them”. I wen’t back to the “intro” bites and made a list of the ones that I struggled the most with. What were the concepts, what were the methods that I wasn’t strong enough in to comprehend? I started adding them to the document and I’m going to set a plan to research and study those while I’m at this place. Before I move on and struggle more on future bites and potentially get myself back into the impostor syndrome spiral, I want to move forward celebrating an accomplishment. That accomplishment will be something that I can draw on as I move forward to remind myself that instead of feeling down, make a list, find the gaps and fill them.

I also found an excellent tools that I will use to store these things that I learn for future reference. I’m sure that I will hit these use cases again and so why not create a place to store them. I found an app called Cacher it is a code snippet app that lets you store and organise code snippets. But beyond that It can integrate into your browser and even your IDE. I’m using PyCharm and it easily configures to be able to use it from there. I’ve already started to add code snippets I’ve found useful, ones I learned after much googling. These will be my personal collection of code that I can call back on whenever I need it. I’m learning that developers don’t know everything. They don’t have every part of every language memorised and that it’s OK not to. Google is my best friend right now and Cacher is it’s close rival. I suspect as I learn more Google will play a slightly lesser role in my development but having tools like Google and code snippets at your fingertips is like supercharging your development and I need all the help I can get. So if you find yourself frustrated, make a plan. Instead of letting a failure frustrate you to the point of discouragement, make a plan. Find the gaps, make a list, learn it, record it, save it and than challenge yourself again. Developing is a beautiful, frustrating, rewarding, humbling thing but I couldn’t imagine any other path I’d like to walk down. 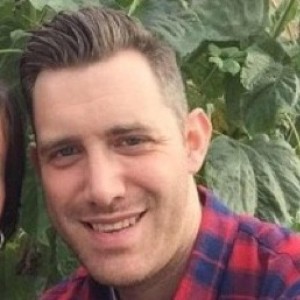